Here a picture of the Raspberry 3: 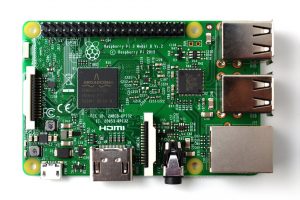 The Foundation provides Raspbian, a Debian-based Linux distribution for download. This Raspbian is the base system for the images we picochess developers provide on Picochess Images. The images are btw. based on Jessie.